Up until 2006 we held English language courses led by native speakers. In times when there were fewer opportunities to learn English, this was a cornerstone of the AAS and was very popular. However, the legal requirements of a non-profit organization, which can only use unpaid volunteers, made it difficult to fulfill today’s demands. So now our linguistic component concentrates on English in everyday use with English discussion groups and talks by cultural and informative speakers of English whenever possible.

We want to bring American culture closer to Austrians as well as acquainting Americans who live here with more of Austrian culture, illustrating Austrian history from an Austrian perspective, making it understandable and bringing it to life.

• 4th of July Party/ Independence Day celebration: We celebrate the independence of the USA in an appropriate framework
• Thanksgiving: We celebrate with a turkey dinner with all the trimmings
• Christmas: We celebrate at Schloss Leopoldskron, the site of Salzburg’s International Global Seminars
• Full Day excursion. Once a year we make a group bus excursion to interesting cultural sites, always including a chance to experience nature in especially beautiful countryside by taking a walk or boat ride.

• “The Sound of Music Experience” marking the 50th anniversary of this American film.
• Our 70th anniversary on March 17, 2017, when we celebrated in the Royal Residence in Salzburg

• Educational trip to the EU institutions in Brussels. We visited the US Mission there, as well as the Commission, the Council and the European Parliament, where at each place we heard lectures about their duties and working methods.
• Lecture “U.S. Taxation and Reporting for U.S. Citizens and Residents Abroad“, by Dr. Kurt Wagner
• Lecture „An American View on the US Elections 2016“, Robert Greenan, of the US Embassy of Public Affairs
• Lecture „The unfinished Agenda – a look at Obama’s second term in office“ (Univ.Prof. Dr. Heinrich Heinisch)
• Panel Discussion „European Union versus United States of America“ with Ambassador Eacho, MEP Mag. Othmar Karas and President of the AAG Vienna, Dr. Albert Rohan
• .Podium discussion „Amerika votes“ – die Presidential Election of 2012 with Ambassador Eacho, Ing.William Kraguljac, Dr. Albert Rohan and Eugen Freund as moderators.
• Lecture „Governing without a Majority – the last two years of the Obama Adminsitration and the 2016 Presidential Elections – early thoughts and first steps – Prof. Dr. Rundquist
• Lecture „From the March on Washington to the White House“ in the context of Black History Month by Elbert Ransom, who accompanied Martin Luther King
• „175 years of Diplomatic Relations U.S. – Austria“ – Joint celebration with the US Embassy and the Salzburg Global Seminar at Maierhof, Schloss Leopoldskron
• Lecture: „Are American and European Economy facing Inflation?“ by KR Heinrich Spängler

• Private Concert by and with Tim Hubler, pianist and composer
• Visits to several exhibits at the Berthold Villa, with special guide.
• Schloßpark Hellbrunn visit, including the special original Water Games Experience, guided by Petra Weiss.
• Readings from various English language books
• Reception of American artists of the Festival of New Music “Spirit of New York”
• Lecture “Meteor Monasteries” by Dr. Ingo Beckmann.
• Lecture, “The Holy Mountain of Athos” by Dr. Ingo Beckmann.
• Lecture on the life and work of Leopold Kohrs.
• Visit to the Prince Chambers in the Hohensalzburg Fortress, guide Petra Weiss.
• Tour of the Cathedral Quarters
• Visit to the Silent Night museum in Arnsdorf.
• Visit to the Benedictine Abbey “Michaelbeuren” with seminary tour
• Visit to the artist’s studio of Johann Weyringer
• A blue grass music concert in the Chamber of Finance
• Non-stop film showing of American films
• Visit to the Protestant Museum in Rutzenmoos
• Visit to the mining museum and the pilgrimage church at Maria Kirchenthal
• And much more… 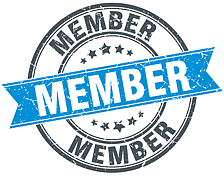 A unique link between the USA and Austria